↓ Skip to Main Content
Home › The Art of Factorization Diagrams

The Art of Factorization Diagrams

Try your hand at a maker activity popular with crafters, artists, infographic designers, and cartoonists. The goal is to build your own version of factorization diagrams: the number portraits that expose hidden patterns through visual storytelling.

There are many interesting choices to make. Is your design abstract or figurative? Do you portray the products, or leave multiplying as a puzzle for your art fans? If you do show multiplication and the product, how? Designers often model multiplication via groups, grids, symmetric arrangements, or trees. Are prime numbers, composite numbers, and powers easy to see, or hidden?

Here is a gallery of lovely creations from many math friends. 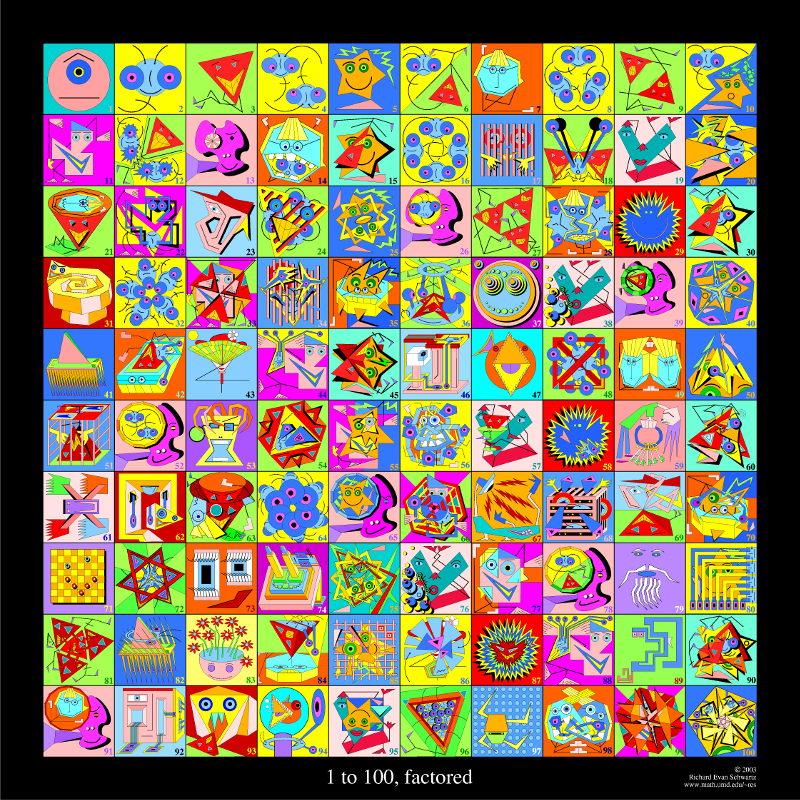 You Can Count on Monsters is a book and a poster by Richard Schwartz. 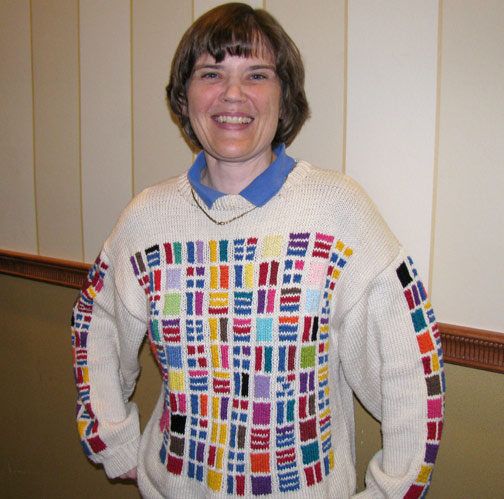 Sondra Eklund started an art and craft trend with her Color Bars sweater. There are now prime factorization shawls, blankets, and a lot of fanart. This post card by Alissa Crans uses a similar design: 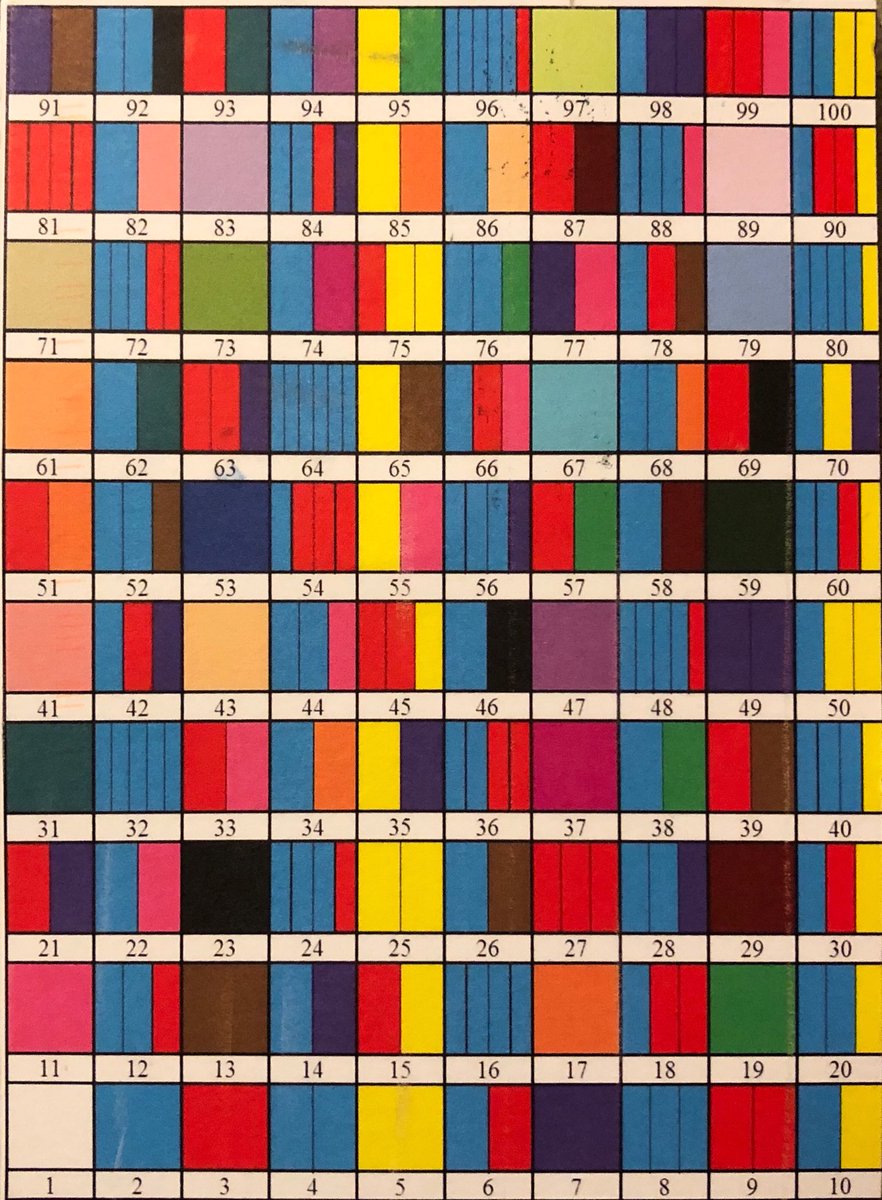 A few other artists color-code their primes, as well. Do you feel that numbers have particular colors? If so, you might have number-color synesthesia, a cognitive feature that some people use in math arts, and others in math recreations.

Here are Jeremy’s bubbles, pie charts by John Graham-Cumming (made using Processing language), and a Lego creation by Ryan Timpe: 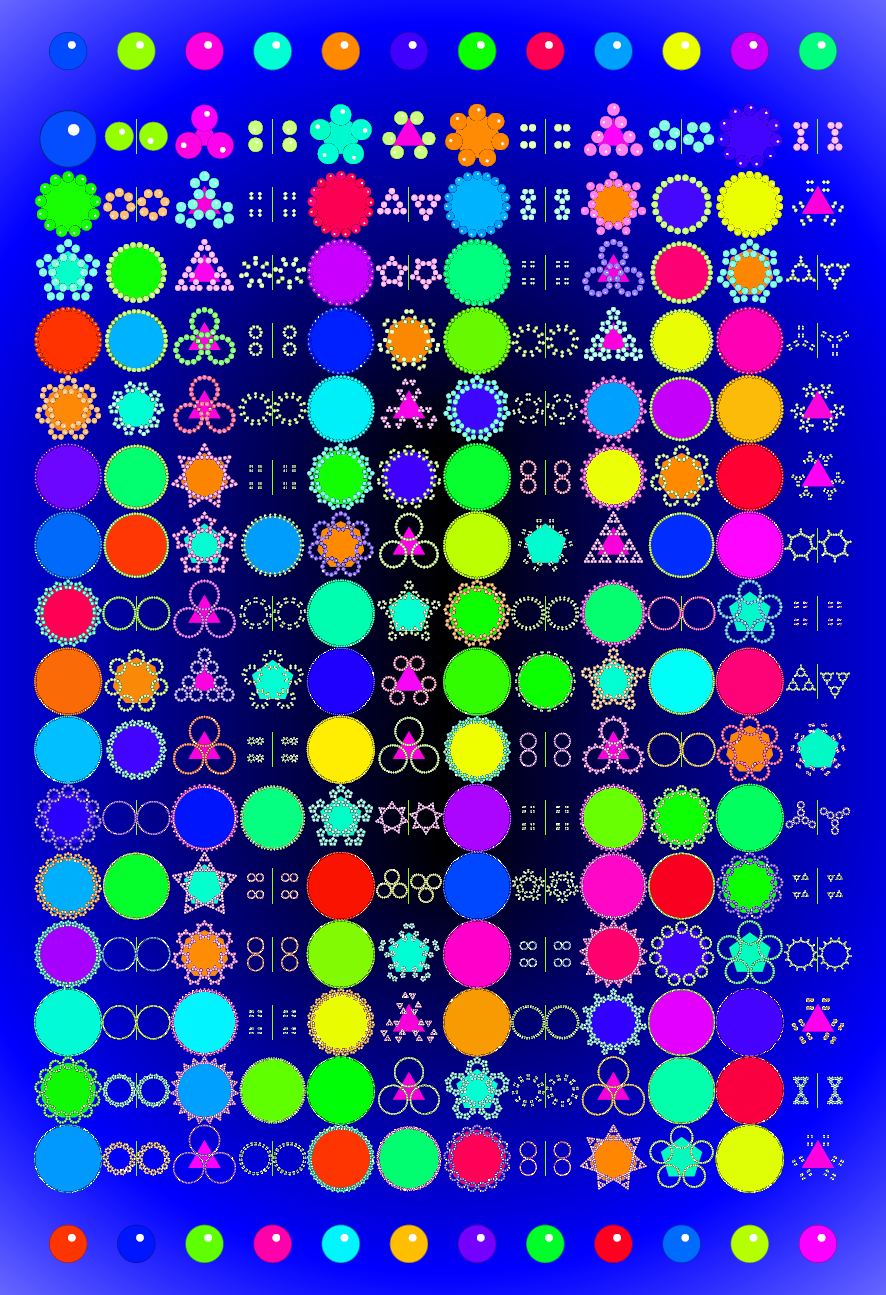 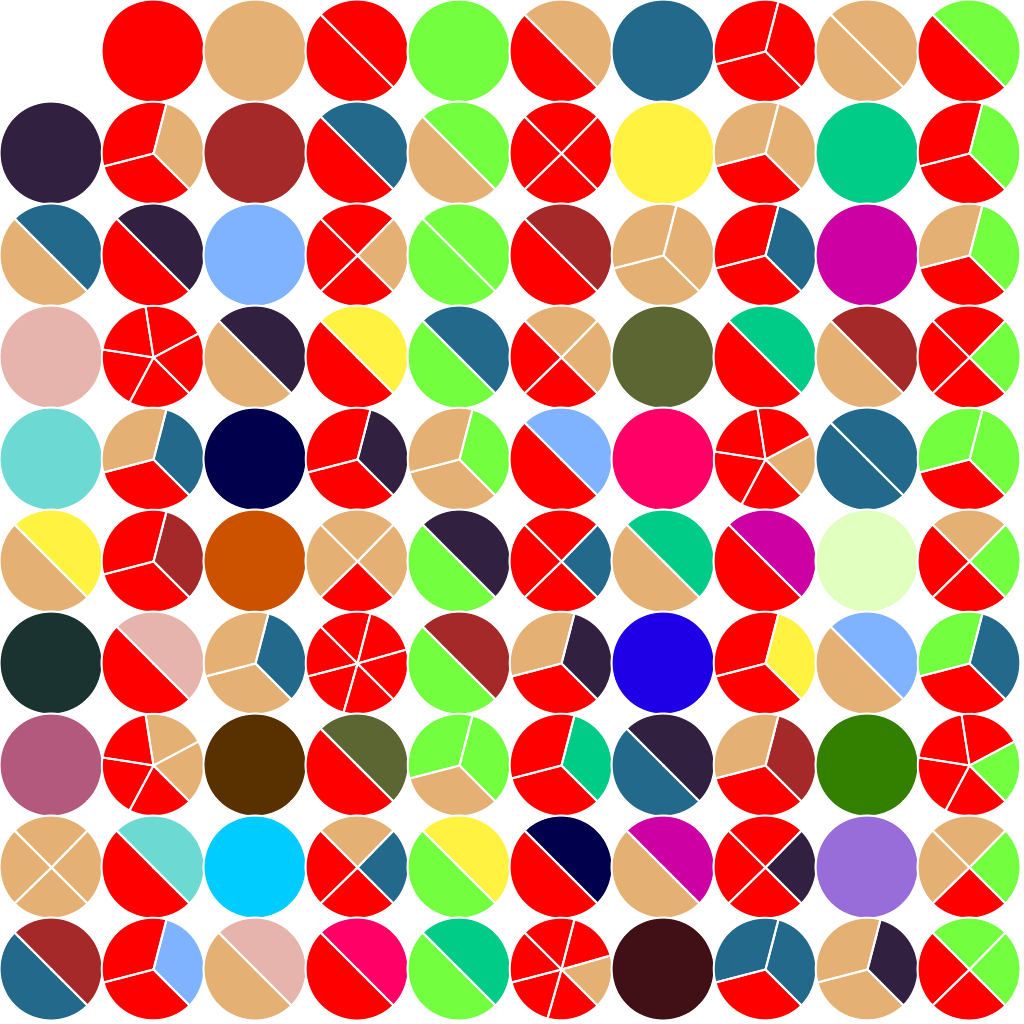 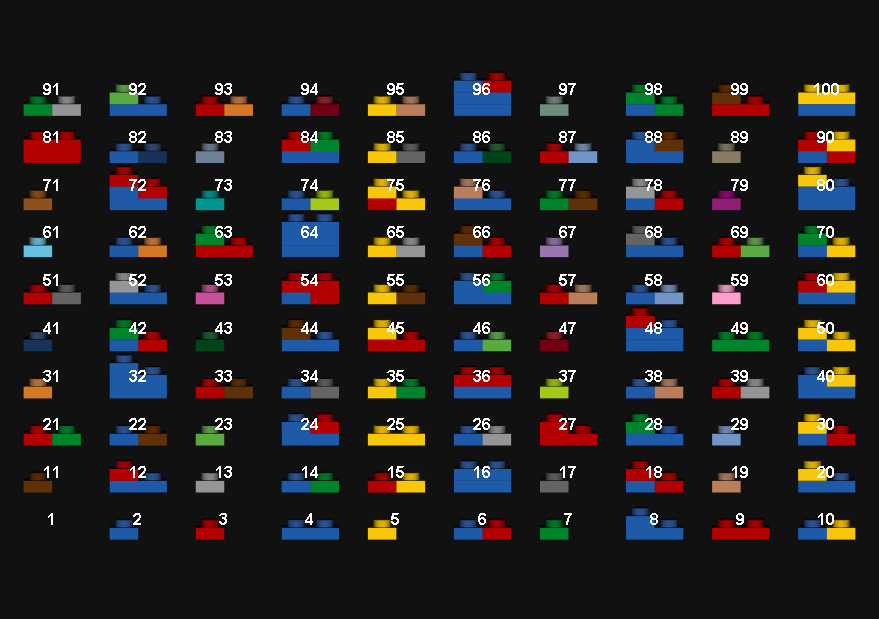 The engaging Prime Climb game from Math for Love also color-codes its numbers: 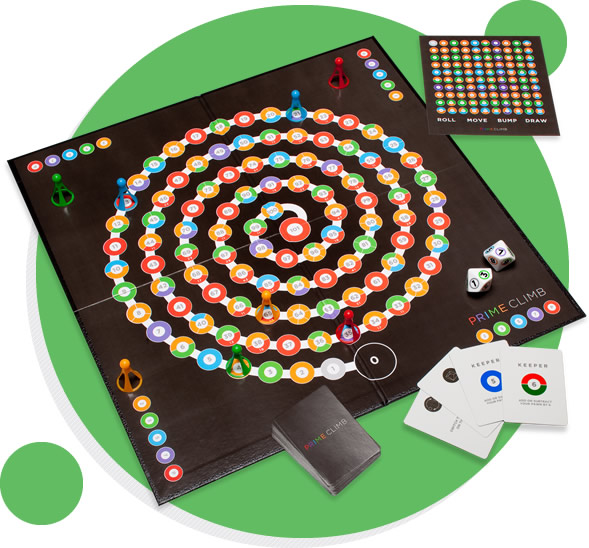 Now for some fun with shape… 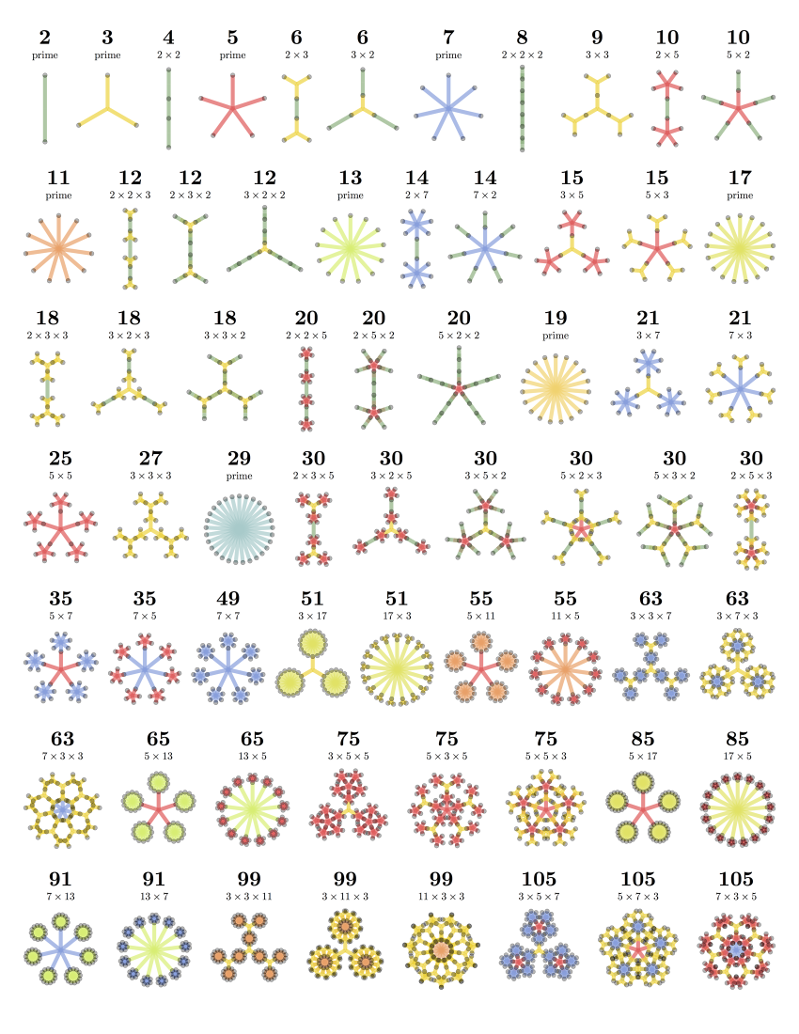 Todd Lehman’s sticks-and-dots diagrams show multiple possible combinations. Here is another version from the same artist, called Primagic, this time using both prime and composite factors. Without the labels, this one would be more of a puzzle to solve! 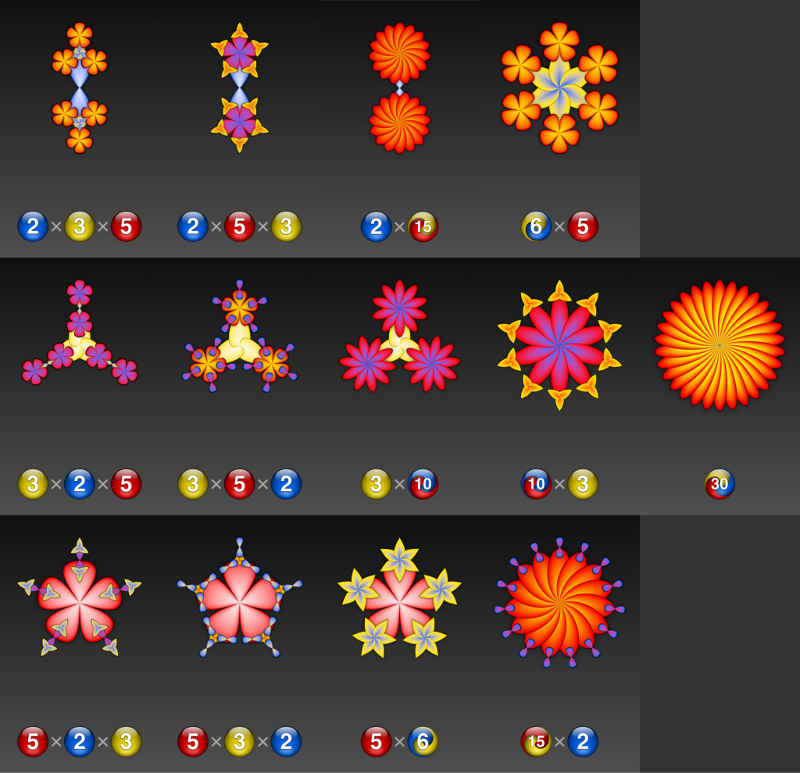 Nicholas Rougeux has a more puzzle-like version of Botanical Primes as well as a labelled and ordered version. This and other works in data art are available at the C82 site as posters and books. 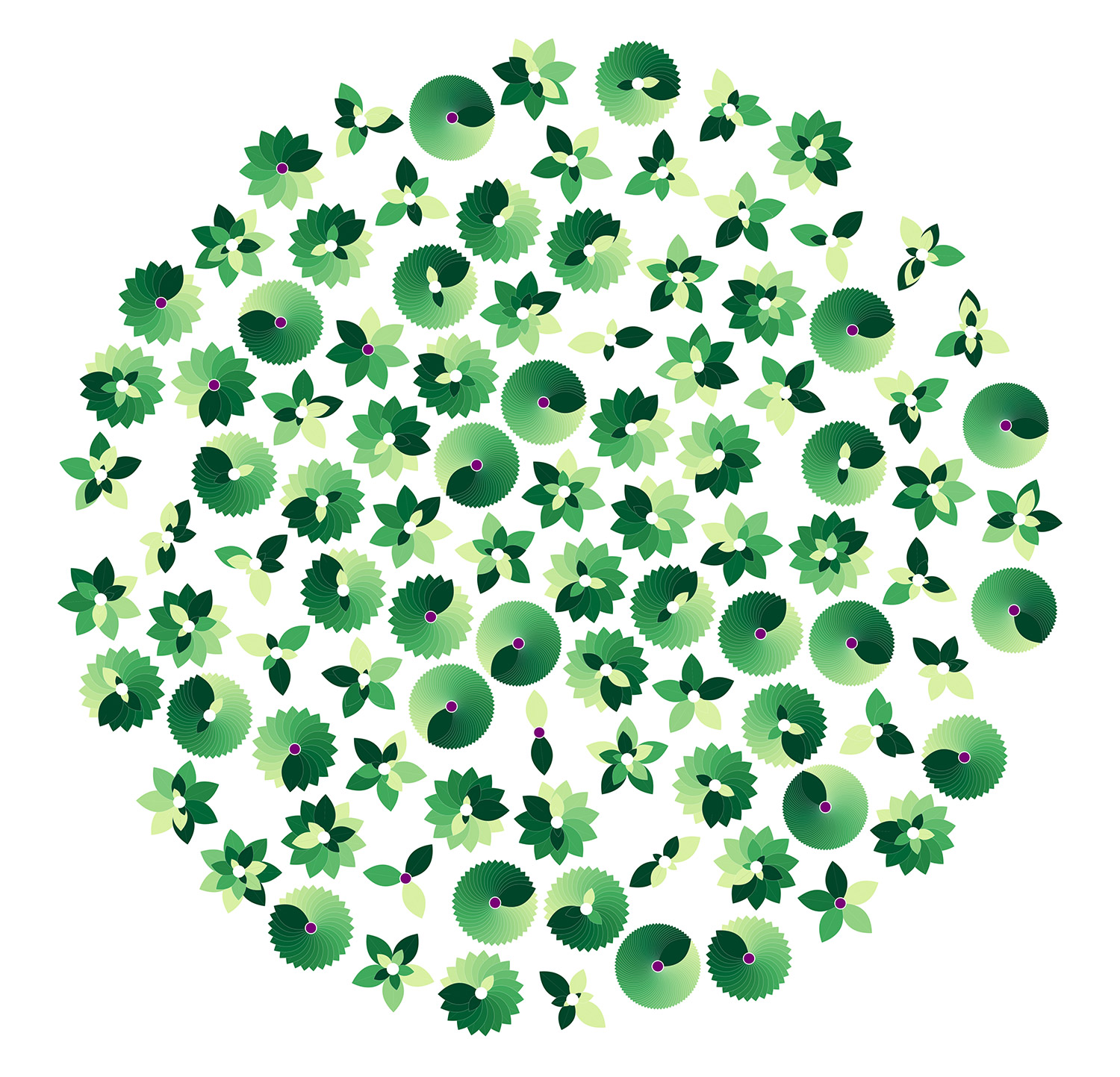 Brent Yorgey and math friends built several takes on dot diagrams. Read about their adventures in art programming at the Math Less Traveled blog. Here’s a version by Brent: 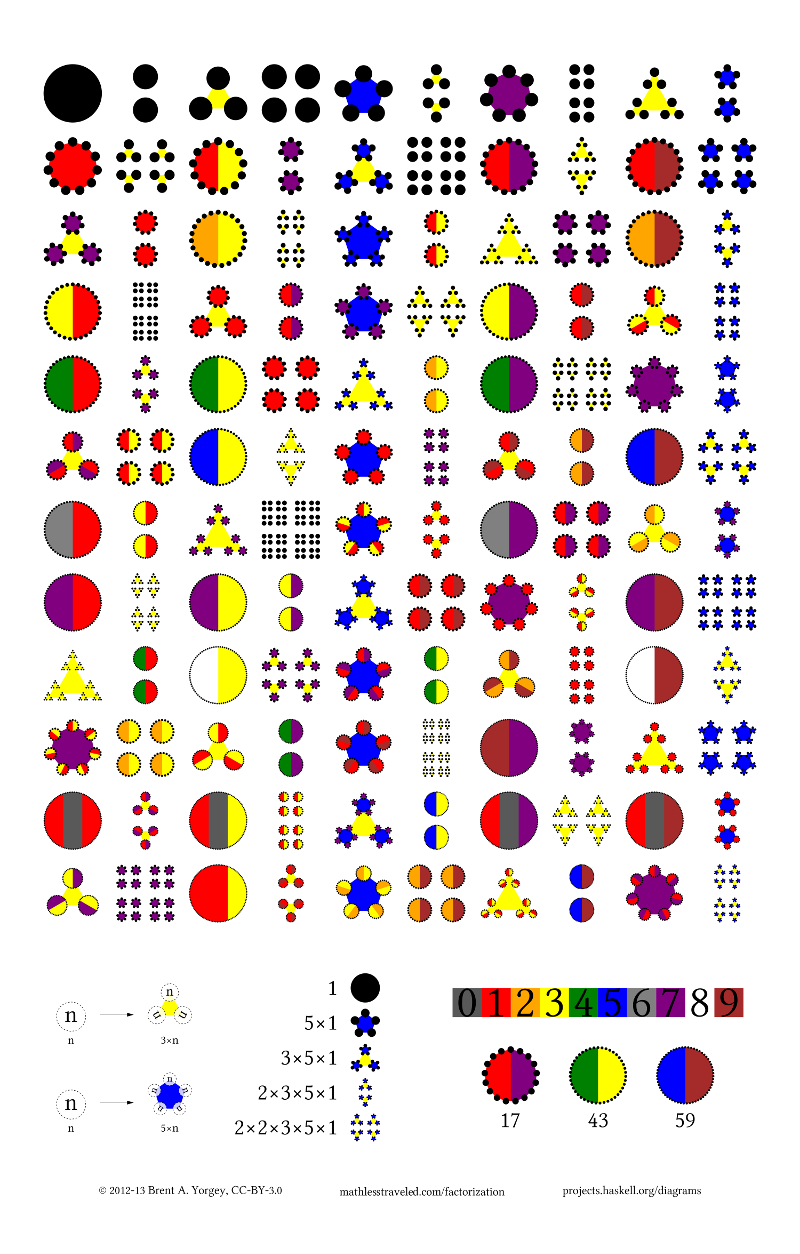 Here is another version by Stephen Von Worley: 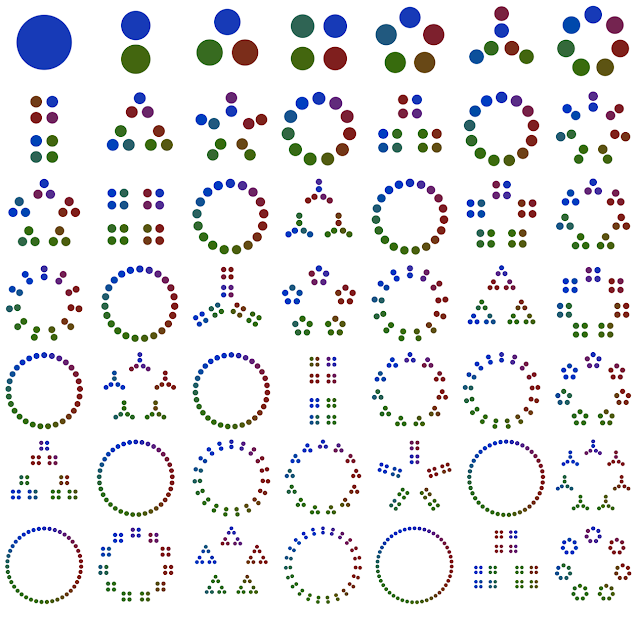 And a couple of striking black-and-white dot trees from Bayesian Observer: 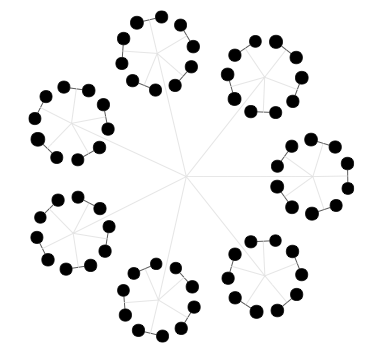 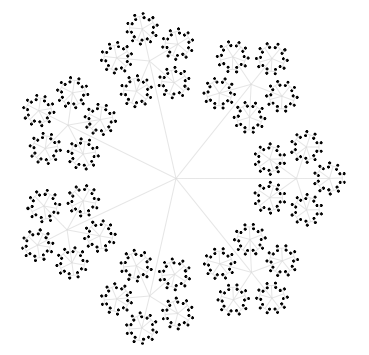 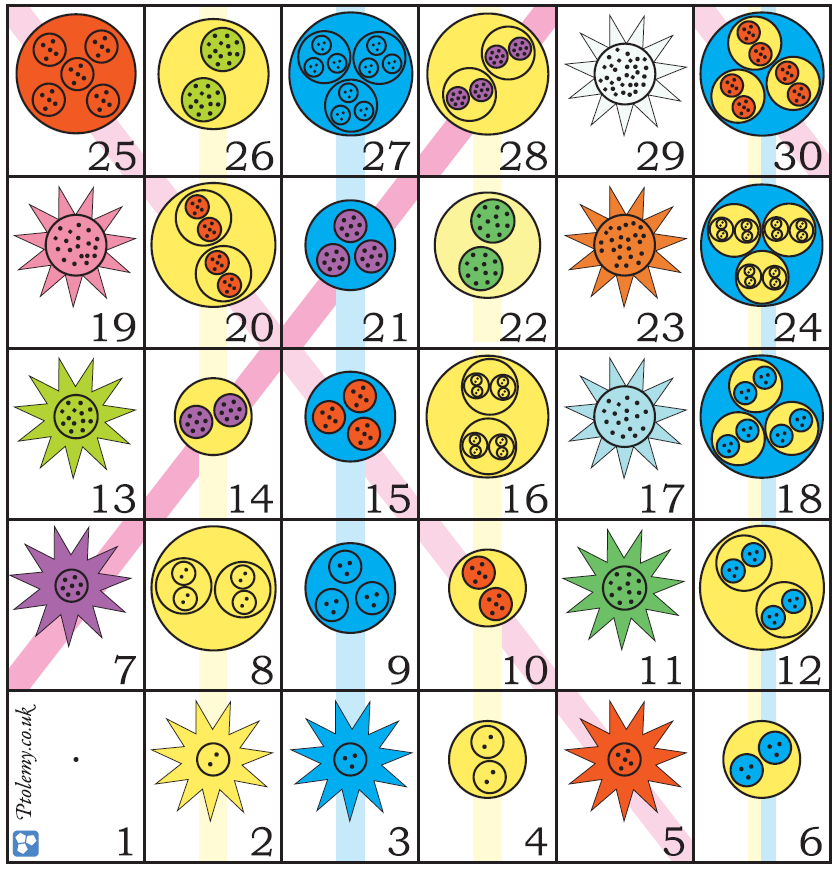 Have you spotted more factorization art, or made your own? Please send it my way!

Here is a Google Slides show with a few isolated images of the portraits of 2, 3, and then starting numbers from several diagrams above.