Math has been an interesting journey at our house. We homeschool and my oldest daughter taught herself to read at about 4 ½. Learning came really easily to her and she loved it! She loved all the school things that looked like school.

But then we hit a roadblock – math. I had pretty strong opinions on education and learning (that’s why we homeschool, right?) but we did math the same way it had always been done for me. Basically, do a lesson and some worksheets.

This worked out okay until about 3rd or 4th grade. Somewhere in there, the concepts became too abstract for my daughter. We had used a conceptual program and my daughter refused to move on until she understood a concept, but she couldn’t explain what she didn’t get, and I didn’t know what else to do after explaining it a bunch of different ways. Some days we were both reduced to tears of frustration.

We decided not to worry about math in a formal sense for a while since it became a strain on our relationship. Around 6th grade my daughter was really bothered that she was “behind” in math. I wasn’t about to spend money on anything only to have her refuse after a few pages, so I told her she could try Khan Academy. She loved the progress she could see, but she refused to watch the videos. Instead, when she got stuck she would yell at me to come and explain it.

I would ask her, “Have you watched the help video right there?!” And invariably she would answer, no.

Eventually I learned that the videos just confused her more, but she somehow thought she was supposed to just magically understand each concept as it came along. She felt that by doing each set of problems she would be prepared for the next set of problems without any real effort to learn.

The problem was, most math programs we had, kind of felt this way. “Here is one quick explanation, maybe two, now you go do it. Surely, you must understand this new concept after my 5 minute video explanation!” So I set out on a quest for the perfect curriculum and never really found it!

My second insight: my daughter doesn’t think about math the same way I do.

My third insight: I have no idea how to explain math in ways other than how I learned.

I did find two great resources though. Ko’s Journey was a game and story based math program for middle school students and my daughter enjoyed it and was proud of herself for finishing it. Jump Math.org helps me understand how to teach math concepts without skipping steps I don’t realize I’m skipping.

Ok now we are getting somewhere! So we ditched curricula for living math, and I stumbled on NaturalMath.com as well. I started to really re-think how we experience math and what it means to be good at math.

One summer I taught Trachtenburg Speed Math online just for the fun of the skill. My students had so much fun learning tricks and patterns and when they could do the multiplication really quickly, they were amazed and they enjoyed looking “good at math.” That was my whole goal for the class!

Then we read, A Beginner’s Guide to Constructing the Universe by Michael Schneider. This online book discussion was so fun! My young students (9-13 years old) and I used our compass and straightedge to make polygons; we built things; we explored the symbolism and sacred side of numbers. We found math in architecture, nature, chemistry, time, everywhere! We were all changed by this experience. My daughter would jokingly accuse me of hiding math everywhere! But I think she began to see that math wasn’t what she had closed it into before. It was bigger, and more amazing and magical.

The next step on my journey was to reach out to Maria Droujkova and ask for help learning to teach math in a Natural Math style. So she and I partnered on Inspired by Calculus. This completely changed me! (I’ve blogged about it here.) My daughter enjoyed some of the activities and was just grateful not to be forced to do formal math. But, ironically, she was plodding along in the Khan Academy 6th Grade math and was working on it daily.

My daughter kept bringing up her frustration that she was ‘behind’ in math. She was worried that she would never get past 8th grade math. She worried that her goals would be hampered by her lack of math knowledge.

Smart mom that I am, I didn’t really listen. I only heard the desire to catch up, so I tried to find curriculum again, or to encourage her to just keep going. We had both had such bad experiences with typical curricula and math that I decided to avoid them and try something different.

I formed an online math circle for teens and we tackled James Tanton’s book Arithmetic: Gateway to All. This started out as a very bad experience! We all struggled and my daughter and another student floundered. We felt like we were drowning in math thoughts. I wanted to understand them, and figured eventually I would, but my daughter took this as the final sign of failure in all things math.

I was at my wits end. My daughter wanted to be able to do math (whatever that meant), my relationship with her was strained, and I had tried everything. So I asked Maria Droujkova to rescue me!

It’s an honor to be invited into this story for a bit. The first and main thing I want to say: it takes a village for a child to find meaning in math. The village doesn’t have to be Silicon Valley. The virtual neighbors you call for help don’t have to be specialists; they do need to care about you, your child, and your project.

We talked with Shelley in a face-and-voice online meeting, as two parents of teens, and then I talked with her wonderful girl. I heard the same message Shelley did: that the young lady is frustrated by her math progress, and that she is anxious. But different people make different stories of what they see and hear. That’s why it takes a village: we need other people’s stories to get unstuck.

One story I hear: Shelley’s daughter wants serious power, including math power. She wants to be, and already is, dedicated, diligent, hard-working, and ambitious. So the messages that she can just go slower, or stick to lower-level math, or play around every which way – these messages make her sad and even angry.

The second story (hard to recognize in the everyday minutiae of family life) is of deep respect and deep weight of words. As open and accepting as Shelley is, one of the main difficulties her daughter has with math is the double jeopardy of failing a problem – and also facing the disappointment of one of her favorite, most important people in the world (mom). I remember how surprised and hurt I was when I’ve discovered a similar pattern with my child. My husband and I worked hard toward respect and openness, and yet the anxiety of judgment seeped into our house, probably from the larger society.

I think these stories speak about choices. How do you see power in everyday life? Those who wield power are free to choose, but also responsible for choosing. When are you anxious about judgments? When the judge is the one who chooses the task and decides if your work is good enough.

So, my main suggestion was for our brave young lady to choose some of her own math quests. And if Shelley is not the quest giver, she is free to be a fellow adventurer!

I want to point out, once again, that none of the above required my specialized math knowledge. You absolutely can, and should, help your friends that way no matter where you are in your own math journey. If you feel stuck, talk to someone you know who cares, and encourage your children to do so. By our powers combined, possibilities are infinite :-) 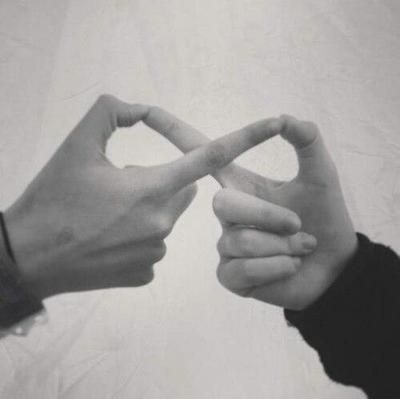 Maria’s advice to me was hard to hear, but I really appreciated knowing how my daughter felt. We were able to discuss her feelings, acknowledge them and let her know how much we loved her and admired her for all her hard work.

Maria’s most important insight for me: Using one math curriculum means there is a perceived authority and you must be able to do it one way or you are the problem. So use more than one authority and give your child permission to find those different authorities.

So, I made a drastic change to my online math circle and we deviated from one authority to many. For example, I asked the students to do anything they wanted with Negative Numbers (our next chapter). They could learn the history of it, google the word, find examples, see if there were games or activities online, try the activities from the chapter in Gateway. Anything! I explained to them the idea that we all can get stuck on one way of doing things and that we were going to challenge that feeling a little bit.

I’d like to say we suddenly had math lovers doing research and problems all week, but we didn’t! What we did have was a gradual increase in confidence; a gradual belief that I really would be fine with whatever their efforts produced as long as they gave effort; and a gradual understanding and acceptance that there really isn’t just one way to “do math.”

Sending my students and my daughter, in particular, to explore the world of mathematics online helped her to see the huge diversity of ideas, methods, problems, information, etc. that exists out there beyond any one curriculum of any kind.

I recently asked her if she wanted to work on a math curriculum that I’ve found and love (Jump Math).

She politely said, “No. I have a list of stuff I need to learn and I prefer to just google the concept and see what comes up. That seems to work better for me.”

I was thrilled, and I trust her to fill in the gaps of her own knowledge just fine. She knows I will help her or Maria will help her or that somewhere online, she’ll find the explanation that makes sense to her.

After being taught a bit about Geogebra a few days ago, I couldn’t get my computer back for an hour because she was working on using sliders to animate her circular design. (She doodles circles on her notebooks, so animating her doodles was intriguing to her.) As she finally walked out of my office, I heard her say to her brother.

“Have you ever heard of Geogebra? Come here, I want to show you. It is really cool!”

Now we are finally back on track!

4 comments on “One Family’s Math Story”