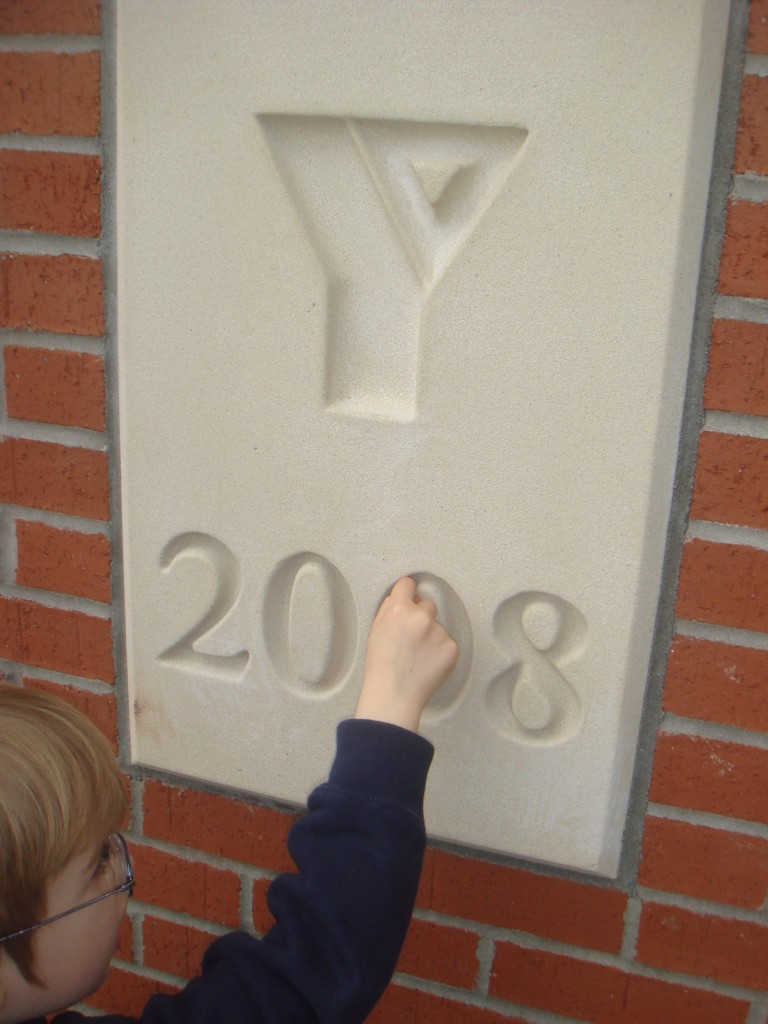 The last few days my son’s play is full of numbers. All of a sudden he started noticing numbers everywhere, on and in everything.

He tries to tell time on digital clocks and prices on price tags. He is amazed and thrilled when he notices a cornerstone with the number “2008” in the wall of our YMCA. “Wow, that’s a big number!” and then traces each numeral and names it out loud.

This is something totally new to both of us. Up until now my son expressed very little interest in numbers. Sure, he knew 1, 2, 3, 4 and 5, but as he’d say himself, he counted “without enthusiasm” and going beyond 5 was a struggle. And now he routinely and willingly reaches beyond 10 in his own counting and asks me to count to 30, 50, 100.

What am I trying to say here? Well, one is that it seems not pushing him to rot count was worth it. More importantly, I had plenty of time and opportunities to learn first-hand that there is no reason to delay introducing a young child to math just because he doesn’t yet count or knows his numbers.

There are so many games and activities that kids who are too young to count can participate in. Sometimes we, the adults, think that if a child doesn’t know such a simple thing as numbers, he is not at all ready for “higher” math.

But since counting involves speech and keeping track of objects one by one, it develops together with words and with general spatial abilities. Most young children mix up names of counting numbers and can’t reliably keep track of which objects they have already counted and which they have not. As these skills develop, counting becomes easier too.

So I am glad that I haven’t waited to introduce functions, symmetry, fractals and more to my son. Hopefully now, with his interest in numbers and counting, we can take all these games and activities to the next level.