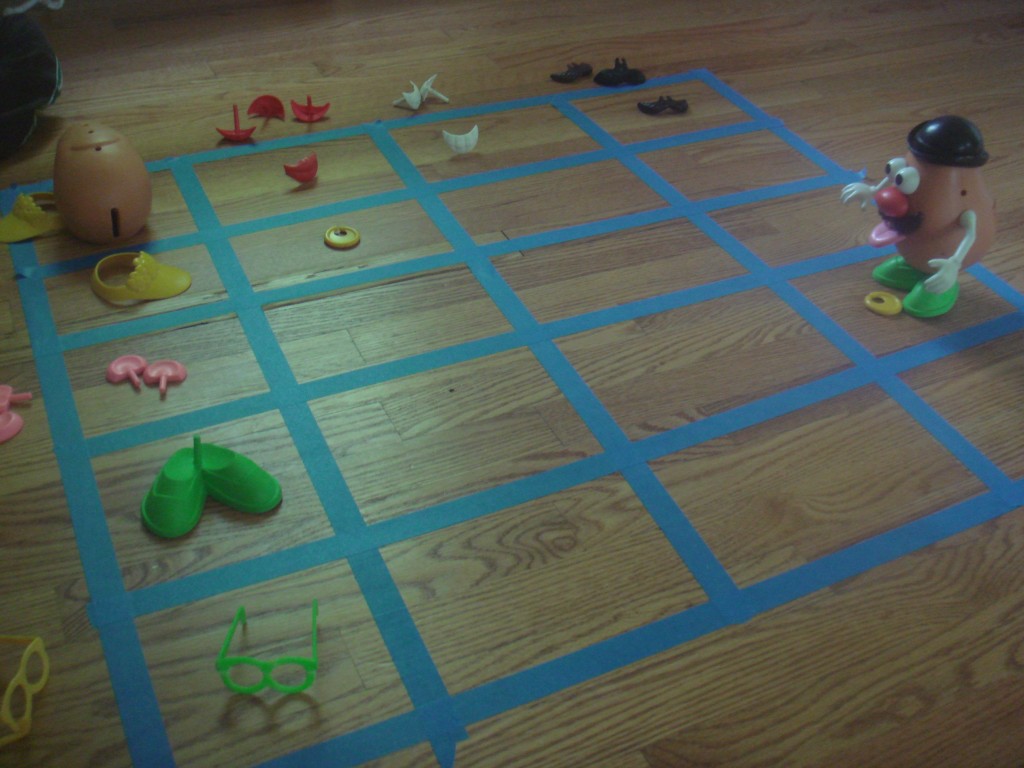 I recently borrowed a large basket full of Mr. and Mrs. Potato Head parts and my son and I played a fun game with lots of math in it. It went something like this:

Step 1 – I taped out a small grid on the floor using blue painters tape – this was Mr. Potato Head’s apartment building

Step 2 – I placed different elements in the cells in the column and row headers – different types of hats, shoes, different noses

Step 3 – I asked my son to put together a Mr. Potato Head that lived in a particular apartment.

I explained how a Mr. Potato Head in each cell would have a combination of two elements from a row and a column that, intersecting, form his apartment. Once these two elements were in place, my son could choose whatever other parts he wanted to complete a Potato Head (the funnier, the better). 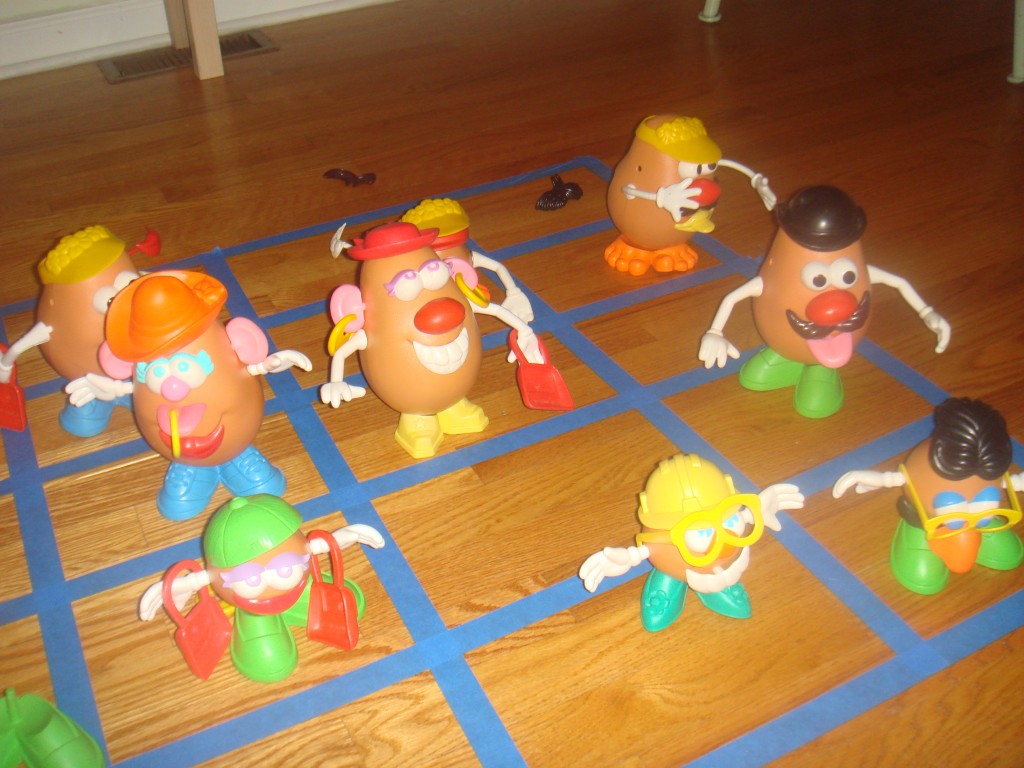 Once all apartments were occupied, we took a few Potatoes out of their cells (the more active and adventurous few since the rest turned out to be couch potatoes). Naturally, after a while they had to be returned to their exact apartments. It was like playing the game in reverse and it was much harder (to simplify the task, make sure that the rest of the Mr Potato Head’s parts are the same – same eyes, ears, arms, etc).

This game can be played with just a couple of Mr. Potato Heads (you can change the scenario to Mr. Potato Head has to wear a disguise as he moves around the grid). Even if you only have 1 Potato Head and not enough accessories, you can still play this game by drawing the grid and the elements on paper.

2 comments on “Mr Potato Head Is Good At Math”