This is the news from the open online course Problem Solving for the Young, the Very Young, and the Young at Heart.

Several people told us that the course is too fast for them. We will continue to make assignments available as we planned. However, do slow down if you kids need it! Just write something about the pace, because it will help the study of adaptations.

Thank you for your fantastic stories, pictures, and videos. Together, we are gathering great data for the pilot study, and rich stories for the book!

Citizen science task 1: comment on one another’s stories. The course organizers will be actively doing this task as well. http://ask.moebiusnoodles.com/questions/571/citizen-science-1-ask-about-adapting-problems.html

Share your stories about problems 4-6. Write about what happened and how it felt. Most people’s math dreams were about feelings: love, excitement, calm. http://ask.moebiusnoodles.com/questions/574/assignment-4-share-your-stories-about-problem-grou.html 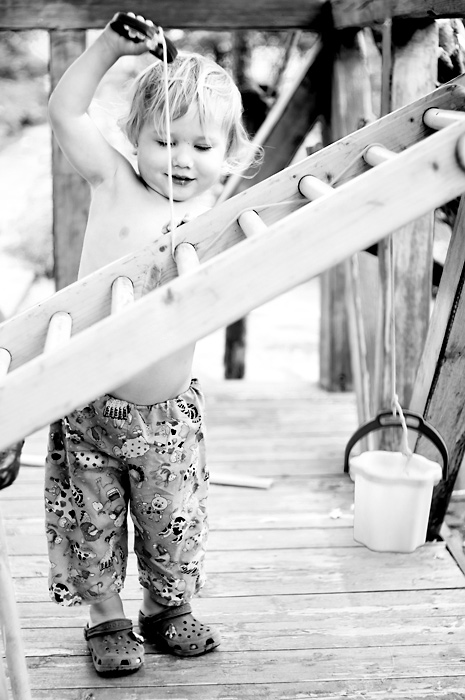 Play is freedom. How much play, how much freedom, do you need for math?

The younger kids really enjoyed moving the animals, they quickly caught on to the idea of changing the arrangement of the parent animals. In fact they were more interested in finding different arrangements than in solving the problem! The strategy of getting the kids physically involved in acting out the problems worked great in terms of engaging them – they loved it. But it also gave them ample opportunity for distraction and play – they were not vastly invested in solving the problem, and needed frequent nudges from me to get very far in reaching an answer. I think it worked for open ended problems, but not so much for getting from a to b. A bit like trying to walk somewhere with young children in fact! It would be interesting to see how far they would have got without my prodding, although I suspect it would have ended up in piles of giggling children! – Miranda

All of my students already had the concept of the gears moving in different directions, so when I gave them physical gears to work with, they got more wrapped up in either playing with them (not necessarily towards the direction issue–like rolling them across the table) or getting frustrated if they didn’t work perfectly that they didn’t want to do the problems. They were much more focused on working on the problems/looking at the directions of the gears when I removed the physical gears from the workspace. – Carol

Parsa drew a line and asked: “Amir what is it? What are possibilities?” Then Parsa told that it can be a triangle! a triangle with one 180 degree angle and two zero angles! – Ali

Children didn’t ask anything, just enjoyed the pulling the rope. I tried to pay their attention to the fact of different ways of the rope to rise up the bucket but they were busy enough just pulling the rope up, the higher is the better. – Liza

Other participants reported episodes when there was no play at all, at least for a while:

“I don’t like this strategy of wishful thinking,” R pouted. She just couldn’t get past her preconceived notions of the question. She also stated “I don’t want to cheat.” To her, changing the problem is cheating. – Rodi

One of the kids has had a moment of enlightenment with 20 pages, and it was great to see his face and hear him cry “Aha!!” For others it was difficult to get the idea – why are we questioning about odd or even sum at all? They were staring at the book without any idea, and after some time of talking about sums the’ve got bored. – Marianna

The biggest take-away for me from the first set of problems is to not over-plan with my kids. The 6-year-old can smell “official math problem” a mile away and becomes immediately resistant. The key for me to engage him is to be playful. Problem #1 For the book-page numbers, he shut down quickly when we started adding page numbers together. Later, I tried the card game on him and it was a hit. (From the plans: I’ll ask him to pick a playing card out of a deck. He’s really interested in playing cards right now. We will look at the card together and notice whether the number is odd or even.) – Rose

At the first glance, toys add freedom, while formal math reduces it. We need more data, though!

The strong problem-solving flow requires a balance. Then we can grow, and reach higher levels of math freedom and math order. The balance is always dynamic, like riding a bike. You lean left and right all the time, but overall, you stay in the seat. How can we help students learn to steer toward their own optimal balance? 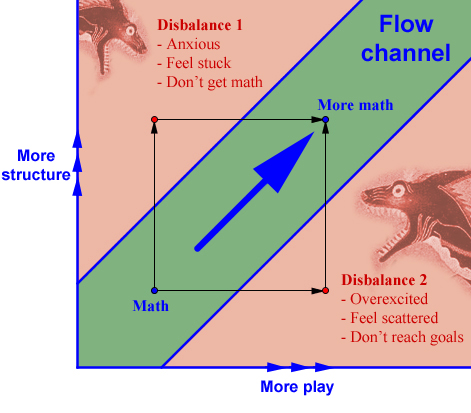