Learning Math with Board Games 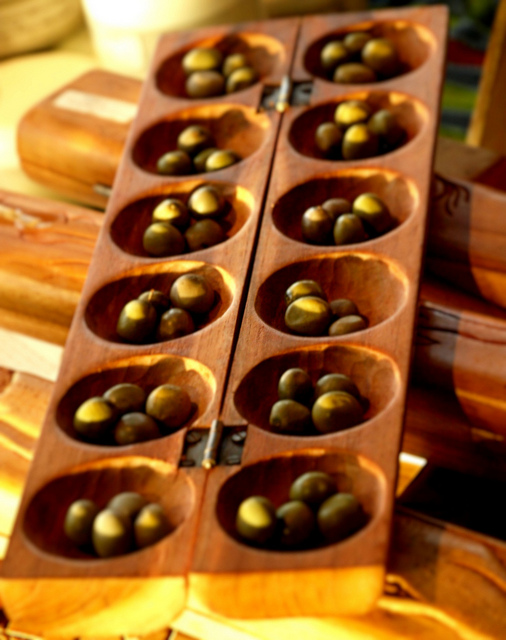 What are you more willing to buy for your child, a toy or a board game? Personally, while I cringe and say “no” every time my son asks me for a toy, I would happily indulge him if he asked me to buy him Monopoly Jr or Life or Four in a Row. Well, he doesn’t ask, so I end up buying them anyway and now we have a growing collection of card and board games. My excuse, of course, is that playing games helps my son to learn math (here’s an article about using games for teaching math and here’s a great list of board games that build math skills). Which it does, at least until we lose game pieces or a few cards or go on a road trip. What if there were (or we could invent) board games that would be portable, DIY-able, cheap (better yet, free), and full of interesting math?

Once you start looking for something, you find it everywhere. Once I asked myself this “what if…” question, I started coming across just such games. And then I was lucky to meet Daniel Solis, who asked what if there were tabletop games that lasted thousands of years? What would those games be like? (I particularly appreciated the longevity angle since a few days before I met Daniel I bought UNO and some of the cards were already missing or bent).

Turns out, Daniel, who himself is a game designer, did more than just ask. Back in 2011 he actually created and ran The Thousand-Year Game Design Challenge. (You can also watch Daniel’s presentation about the project here). Participants were asked to

Create a game. The game can be of any theme or genre you desire, but there is one restriction: You’re creating a “new classic,” like Chess, Tag or card games. So, create a game to be enjoyed by generations of players for a thousand years.

The original Thousand-Year Game Design post has links to each month’s submissions. One of the games Daniel mentioned was Numeria. You can make it in less than 5 minutes if you have a chess board and a set of tiles numbered 1 through 36 (numbered pieces of paper will do). I haven’t played this game yet, but it sounds like a cross between a connect-four and a mathematical Scrabble.

For Daniel himself, Numeria was one of the few entries that actually made him want to create or buy a set for himself. At the same time, since the game is based on the ability to build and recognize number patterns, Daniel noted that “there are some problems if players have different levels of knowledge of mathematical tropes.”

I think Numeria is a rather tough game to play with the little ones. But you can try playing a Function Machine game. If you are interested in reading more about how playing board games helps children with math, check out this article. If you need some ideas on commercially available games, LivingMath.net has a nice list of board, dice and card games for learning math, strategy and logic.

Which table games do you play with your children? Do you invent your own games?