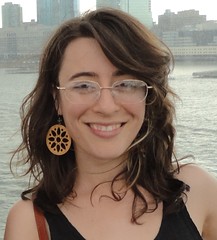 Dr. Melissa M. Kibbe is assistant professor of Psychological and Brain Sciences at Boston University. She received her PhD in Cognitive Psychology from Rutgers University in 2011, after which she completed postdoctoral research at Johns Hopkins University. Dr. Kibbe’s research focuses on how infants, children, and adults represent information about objects (e.g. perceptual features, animacy, group statistics, numerosity, verbal labels). She also studies how infants’ and children’s early understanding of objects and numbers impacts how they learn formal systems, such as mathematics and physics, later in life.

We held an open, free online event in our Math Future series on September 15 8 PM Eastern Time, where we met with Dr. Melissa Kibbe to learn the latest research on early algebra: how children ages 4-6 can use their Approximate Number Sense to “solve for x”.

Here is Melissa’s short interview for readers of Moebius Noodles.

Can you share an anecdote or an episode about math from where you were a little girl?

At my elementary school, there was a path from the crosswalk to the school that made a 90-degree angle. But the kids would walk across the grass to take a shorter path, creating a well-worn dirt hypotenuse. Every day, I would vary the path I took, trying to match my speed to the children walking the other paths, and then I would observe who got to the end of the path first. I was trying to figure out the relationship between the legs and the hypotenuse of the right triangle using experimentation. While I didn’t derive the Pythagorean theorem from my daily experiments, I did get an approximate sense of the proportion of the length of the hypotenuse to the lengths of legs. That kind of experimentation helped to learn the formal rules of trigonometry later on.

What made you study 5-year-olds doing algebra, and other young math?

Infants, children, adults, and some animals all have a built-in approximate “number sense”. We use this number sense whenever we want to, say, compare which of two jars has the most jelly beans or when we want to estimate how many people are in a crowd. We asked whether children could harness their approximate number sense to solve the kinds of problems that are usually not introduced much later in formal schooling, and with which children often struggle. That is, we thought that presenting problems in a more intuitive way may help kids “solve for x”. In our studies, children did not have to count or use symbols. In fact, when we did show them problems with digits and operator-signs, they did quite poorly. Rather, they could rely on their approximate “gut sense” of quantities to solve for the hidden addend in our problems.

Can you share some algebra-inspired activity our readers can try with their toddlers or young kids? What are your personal favorites for when you work with kids, and why?

In our studies, we show children problems with unknown addends (like 5+x=17), but we present them in an intuitive way, embedded in a story. Children saw a stuffed animal character, Gator, who had a “magic” cup that will add more objects to a pile of objects, such as buttons or pennies. Children get to see the piles before the cup added its quantity, and after. We showed children the “magic” cup working on different piles, but always adding the same amount every time. Then, we pretended to mix up some cups, and showed children the quantities inside two different “magic” cups, only one of which matched the quantity that Gator’s cup had added; children were asked to choose which cup belonged to Gator. Children were quite good at choosing which quantity was in the animal’s cup, showing that they had an intuitive sense of the quantity of the unknown addend. Parents can try these kinds of activities with children at home, using items that are found around the house and a favorite toy. 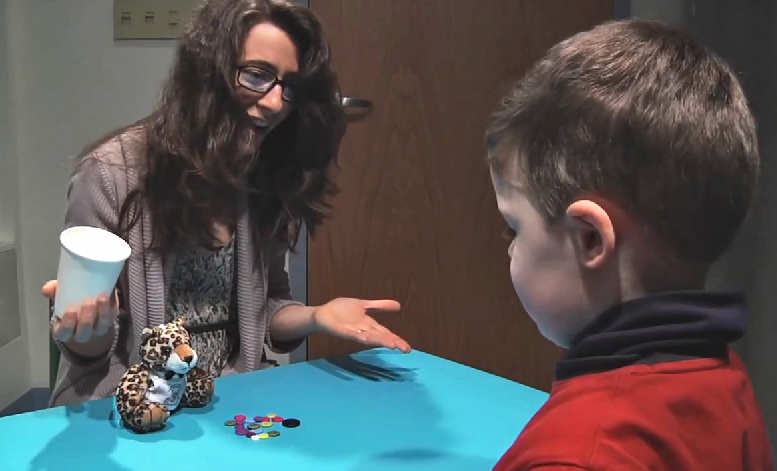 Some people say only some demographics can do early algebra – gifted kids, children of STEM professionals, richly supported kids… What do you say to that?

In our studies, children needed only to rely on their gut-sense of number. Since the children were between 4 and 6 years old, only a few of them had been introduced to formal math in school. Our studies suggest that the ability to “solve for x” is present early in development.

Anyone can try this with kids!