1001 Leaders – Ida and Anna on three generations of math circles: “Math is nice!”

Why would you decide to lead a math circle? Anna Ignatov attended a math circle as a child, and then, as a mom, organized two circles for her two daughters and their friends. Since 14, Anna’s daughter Ida has been organizing math circles of her own: the third generation of circles, and counting! Read Anna and Ida interview to see how their wishes for different mathematics as well as their happy childhood memories of math circles inspired them to organize their own circles.

Ida: When the kids are thinking, they suggest ideas that you would never expect.

In our 1001 Circles series, we feature math circles stories from the point of view of a circle leader, who acts a tour guide. In the companion series 1001 Leaders, we put the spotlight on the leaders themselves. What got them started and what keeps them going? What are their math dreams and worries? If you lead a math circle, an engineering club, or an informal playgroup, we would like to hear your story or interview you. Write moby@moebiusnoodles.com to talk about your adventures. 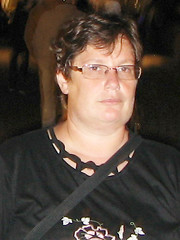 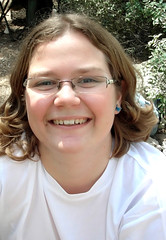 What brought you to math circles?

Anna: Since the age of 10 I was participating in math activities for kids. When my daughter Ida started school, I was looking for some activities to show her the beauty of math, but I couldn’t find anything that looked nice enough. So I invited Ida’s friends and we started this adventure. Our group kept going for six years, until the kids turned twelve, with five kids participating. Later I organized another group for Ida’s sister and her friends.

The idea was to show that there are not only instructions on “how to do math”, but also a place for thinking. I was also trying to find connections between math we learn at school and our real life.

Ida: When I was 14, I tried to repeat my mom’s experiment. I led a group of six-year-old children under my mother’s supervision. This group met for one year. Later, when I graduated school and started at the university, a boy I babysat since he was born went to school, so I created a group for him.

In school, we are taught that math is something boring, that we have to learn for some strange reason: you will need it in the future. Yeah, sure… It is nice to show the kids the beauty of math before they will learn once and forever that math is boring. Otherwise, their only chance to find out that math is nice is at the university, and only if they choose to study math. Another great thing is to see them thinking and enjoying it. 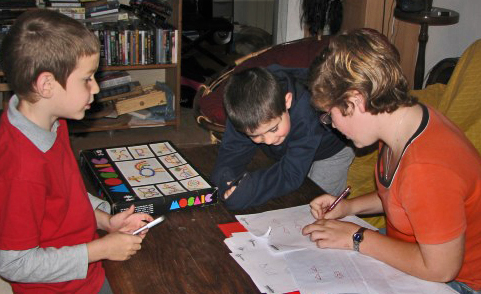 When the kids are thinking, they suggest ideas that you would never expect. For example, we checked different shapes for symmetry by building them with magnets, or by folding paper. Children came up with their own definition of a symmetric triangle: “Two identical edges, and the third one is even.” A child’s answer might be wrong, but the way of thinking is creative. Children become very happy when they feel that they caught the idea or found the reason for something.

Can our readers try one of your favorite activities from your math circle?

Ida: Once we decided to check how many different “chains” (sequences) of five objects we can make. We had two green stickers and three blue stickers. Everybody made a chain, and then we checked together if we already had that chain or not. Little kids don’t know combinatorics theory, but guess what? We eventually found 10 chains.

After that, we made a “tree” of those chains. You start with the two options, blue or green. Then you build “branches” and reason: to this branch, you can add blue or green, but to this one, you can only add green, because you ran out of blue… We counted the branches, marking them with stickers, and found out that there were – you don’t say – 10 branches! Making chains and making trees were two different activities. We discussed the connections only after we made the tree. Children liked discussing the connections. We didn’t attempt a rigorous proof that we found all the combinations, but we discussed why the tree shows us all of them. 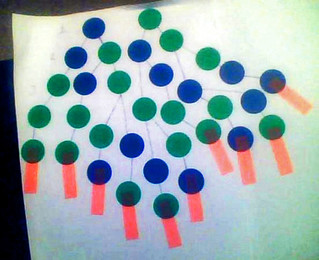 It took us three meetings to explore and model the problem in depth. Children understood that there are 10 and no more chains, and were interested in discussions. We took breaks from the problem when kids got tired, did other activities, and then came back to the problem at the next meeting.

Anna: One very popular activity was “programming the robot.” To start, we decided together what we wanted our robot to do. We used a little doll (“the robot”) and a chess board. At first we just wanted our robot to arrive to the given corner cell, from any other cell. We had cards with commands, like GO, TURN RIGHT, and also conditional questions, like AM I AT THE EDGE? The algorithm was built from these cards. The task for the doll was to arrive from any cell on the board to the corner. One of the kids was looking only at the algorithm, giving orders to the robot and asking questions. All the other kids were moving the robot and answering questions. [This is an incredibly rich math circle task; check out a story in our 1001 Circles series about a similar activity, by DrTechniko – MariaD.]

The activity inspired discussions with kids. For example, they wondered how a robot knew when to stop. Could it see? Maybe it had some kind of a switch that turned the robot off when it touched the edge of the board?

Then we wanted to define some new robot – and one of the kids proposed to create a flight simulator. We never finished it (I wonder why!) – but we had very nice discussions of what it was supposed to do. We talked about maps and scales, and even tried to guide a robot-pilot through the map.

We returned to the robot game during several meetings. The nice thing is, the kids led the activity, bringing their own ideas of what they wanted to do.

Can you tell us about a difficulty you had when you led math circles?

Ida: One of the difficulties I had with the kids was to make them concentrate. Our circles started at 6 PM, we were tired by that time, and it was often very hard for the kids to get into the lesson. So I decided to begin the lessons with something very intriguing, to catch the kids right away. Then we moved on to the calmer main activities.

Anna: We had one our lesson every week. Sometimes we had to reschedule, or a kid missed a meeting. Young kids do not remember much after a week, let alone two. So, there was the feeling that we were not moving anywhere! I started to record what was happening and to post if online for parents. It helped parents to discuss our lessons at home. Kids could not always explain what we were doing. These posts really helped with our progress, because the parents took a more active part in our mathematics.

What advice can you give to newbie circle leaders?

Anna: The visual part of every lesson is very important. For example, it was a nice idea to build the robot algorithm with cards, rather than just saying the commands. We always used some objects to solve logical problems. We used toys for the classic river-crossing problem, “How can we take a wolf, a goat, and a cabbage in one small boat that can only carry one of them?” Without the toys, it was really hard for kids to follow.

Ida: Don’t expect fast results. Be prepared to return to the same idea again and again, from different points of view. Some day children will surprise you!

One comment on “1001 Leaders – Ida and Anna on three generations of math circles: “Math is nice!””