It is often said that mathematical values, mastery and flow transform people who practice math. The transformations are reflected in children’s faces. Look at mathematical faces for inspiration, and share them with your kids. This is what it’s all about!

Submit your photos of mathematical faces for future posts. 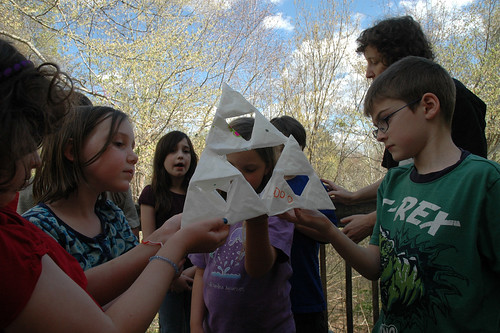 This is a very flimsy Sierpiensky Gasket that took kids quite a while to make. They are loving and treasuring it.
Natural Math club, Cary, NC, Spring 2011 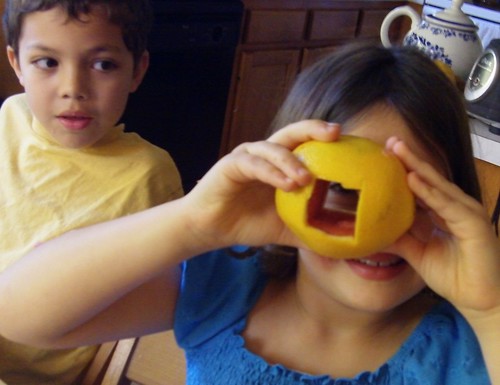 “Can you cut an orange so there are two pieces of the insides, but three pieces of the skin?” We looked at the answer a week after asking the question. There were a lot of hypothesis and suspense! Two kids are fascinated – in different ways, one more exuberantly and one more contemplatively.
Natural Math club, Cary, NC, Fall 2010 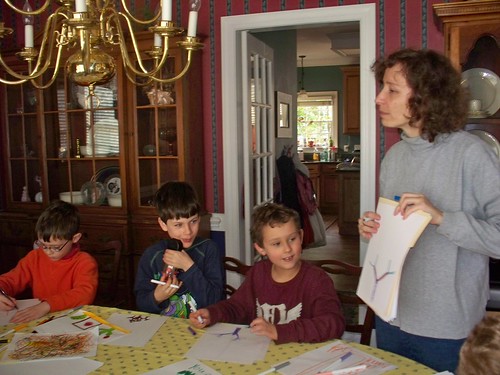 Kids find it intellectually amusing that this is a portrait of infinity. After all, the binary tree only has two three levels drawn. But they claim they can see the infinity in it – after all, they know it can keep growing forever – and it cracks them up.
Natural Math club, Cary, NC, Fall 2010