MariaD — No Comments ↓ Tagged with: Body-Scale Math, Inspired by calculus

This week, we tackled the idea that infinitely many things don’t have to add up to infinitely large space. The idea is deep, but young children don’t have the mental resistance to it yet. But they do feel the sense of wonder! In general, you want to introduce ideas early enough that they don’t cause too big a conflict with the kid’s previous thoughts on the Universe… 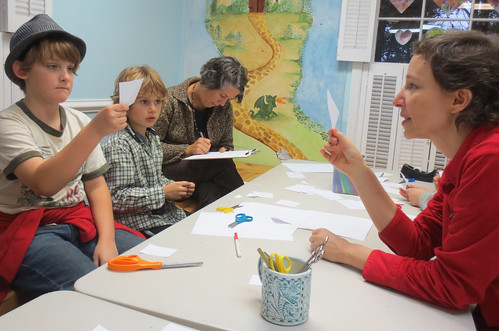 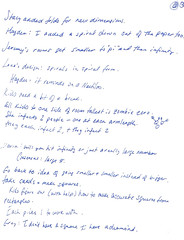 I am very happy with every participant’s depth of thinking, creativity, and persistence with hard concepts. You probably won’t see me praising kids (or persons in general), because in the long run, it interferes with the flow and the motivation. But I try to praise interesting ideas. And we do see lots and lots of interesting ideas. 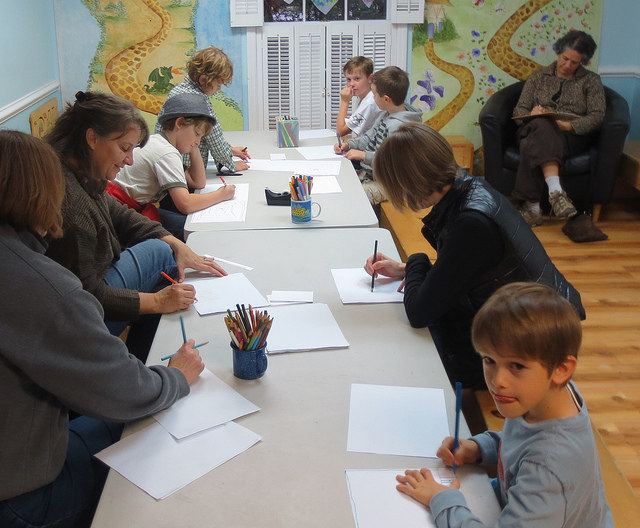 What interesting things happened this week? Where is math in there? This combination of a scavenger hunt and a show-and-tell brings home the message that interesting math is everywhere. For example, it’s in the programming of a robotic spider Luca installed at home, and shared by drawing. At home: seek math everywhere! 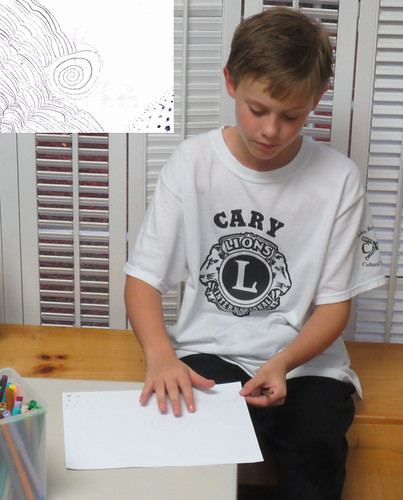 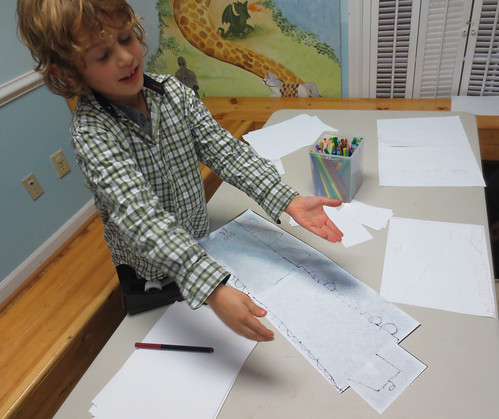 When I did this activity on Tuesday, I asked kids this question in the abstract. This time around, I asked them to draw the model of Hotel Infinity on paper, and see if they can make ALL the rooms fit. We had a curious problem that I (half-jokingly) attribute to gender: all the little boys wanted to expand the space of their hotels, even by attaching extra sheets of paper – rather than “go into” smaller and smaller pieces! But we got a good discussion out of comparing these two scenarios. When do you need more and more paper? Can you fit infinitely many aliens into a finite hotel, if the aliens get smaller and smaller just like rooms? Roman came up with a very meditative doodle method, reminding me of Vi Hart videos: lots and lots and lots of small doors… 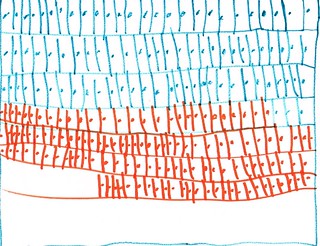 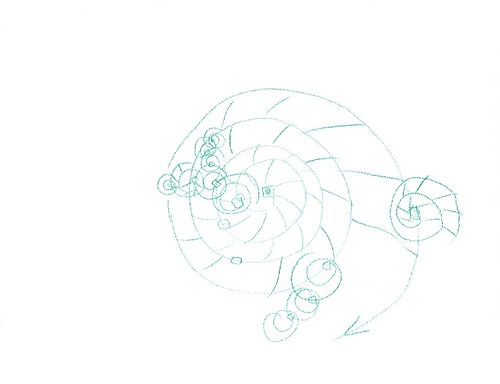 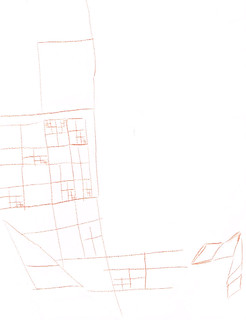 In general, kids and the parents doing the Circle had divergent, creative fun with hotel designs – spirals, fractals, going into 3d… We need to expand this design activity some more.

Zombie binary tree. This was our move-around activity for the day. We built a binary tree out of ourselves, pretending to be zombies, because the hands were stretched out front. By this time, kids really wanted to run around, so the activity was a bit hard to do. We need more move-around activities for the younger groups! Binary tree is a type of a fractal, and a nice photo-op for large groups. At home: show math ideas with your whole body(s) for great photos and videos!

Make a square out of paper. It’s a Maker task, and as such, requires design decisions: every kid made a square in a slightly different way. Gray even declared that his full rectangle of paper is a square – I suggested it can definitely happen, on the Hat Planet, that we call that shape “square.” At home: invite kids to figure out their own ways to make something, from light saber-shaped pancakes to furniture-and-sheets forts, and name it in their own ways. 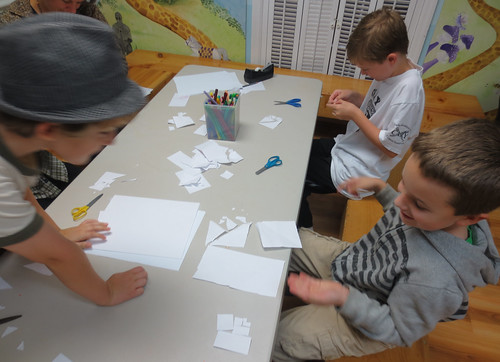 Half of a half of a half. Kids get a lot of joy out of cutting paper smaller and smaller and smaller… So maybe my hypothesis about the need for space expansion is all wrong! Hayden even asked for tweezers to handle the tiny pieces of paper. This is another take on limits: a particular example of an infinite series of shapes that takes up finite space. We used our squares. If you cut the square in half, then add half of (the other) half, add half of a half of a half, and so on… What number do you get as your sum? I am still to ask this question coherently. What I need is a way for kids to come up with a lot of different examples of finite limits. The example where the answer is one is not a good start (even if it’s a good activity): you don’t ever want to start new math concepts from numbers such as 0 or 1. 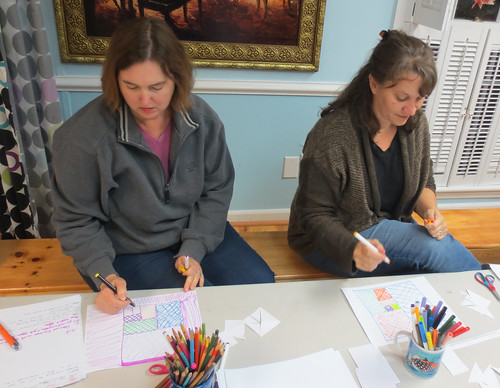 Even drawing that process on paper (Hayden said it reminded him of the Nautilus) did not help to understand that question. Still, we had a good discussion amid the vagueness! Jeremy thought the sum may be Pi, and Pi definitely has to do with infinite series, being irrational… At home: cut things again and again and again, put them back together, discuss infinity.