Yelena McManaman’s son Mark loves deep ideas. Yelena writes: “Mark is obsessed with the idea of symmetry and infinity. Now he’s also trying to build up on his “zero infinity and infinite zero” ideas.” In one of his latest experiments, Mark invented a way to model fractals with two mirror books.

There is a chapter on fractals and another chapter on mirrors in our Adventurous Math book, but I’ve never thought of combining the two ideas! This is a great example of why we need children in our workplaces and creative projects. Young kids are great at divergent thinking, unexpected connection, and noticing details. Imagine the worlds where engineers and scientists developed a way to consult Mark and other young kids during explorations.

Here is Mark’s fractal star, with four rays made out of double pencils. Note how both mirror books are opened at 90 degree angles, to make four copies. 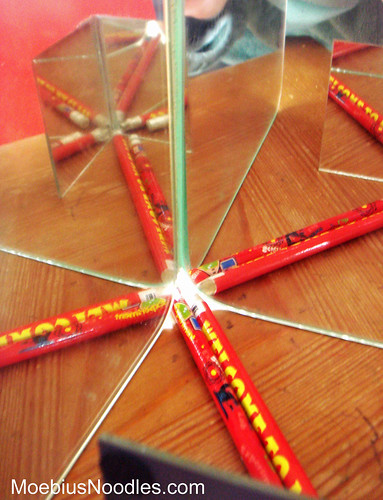 After Yelena sent me this cool photo, I just had to make my own mirror book fractal stars! I  played with three-ray stars and five-ray stars. 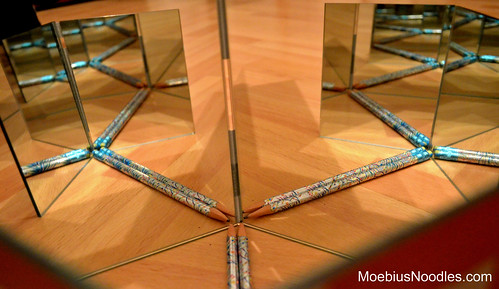 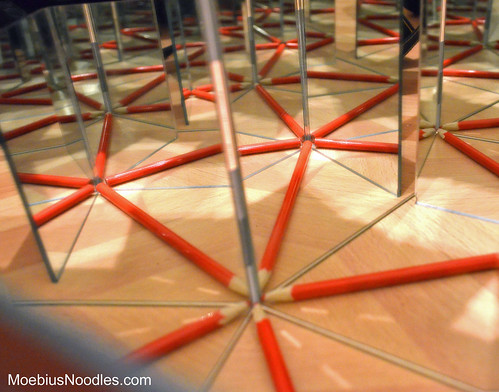 When kids draw fractals by hand, they often use new color for each new level. I colored levels of my five-ray fractal in Photoshop: the first level stayed the original orange, the second level is yellow, and the third level is green. 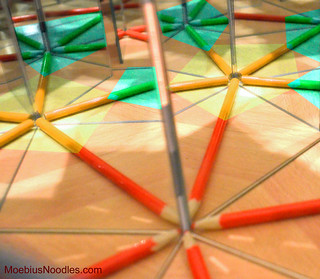 This is how the setup with two mirror books looks from the top. You can only see a few levels of the fractal from that angle: 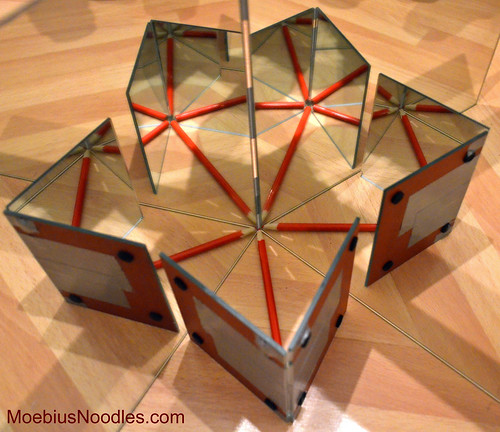 You can get small mirrors in craft stores, and large mirror tiles in home improvement and hardware stores. Invite your kids to join Mark in his experiments! If you want to share your mirror book or other fractal creations, email me your photos – moby@moebiusnoodles.com 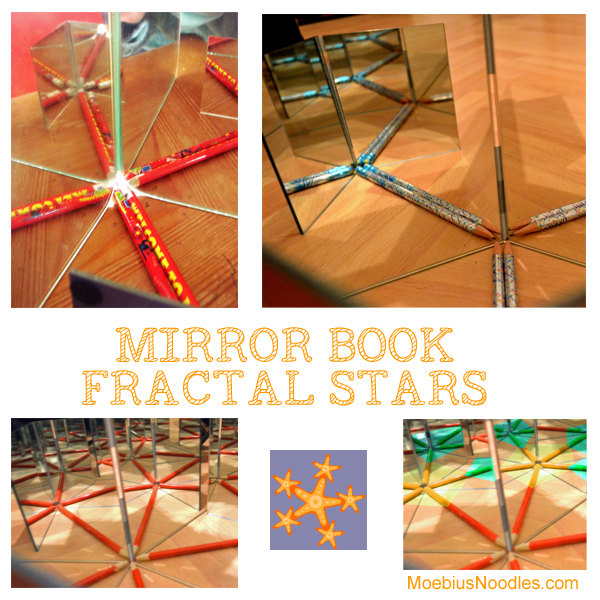