“Adventurous Math” on Kindle; what is multiplication? Newsletter February 17

MariaD — No Comments ↓ Tagged with: Multiplication

I am Moby Snoodles, and this is my newsletter. Send me your requests, questions and comments at moby@moebiusnoodles.com

Adventurous Math for the Playground Crowd is now available for Kindle and other e-readers in the .moby format.

Questions, comments, ideas, blog posts about multiplication are coming in for the project that starts with our online and local Math Cafe on February 18th. @twen1977 and quite a few others ask about memorization:

Is there a better way to learn multiplication tables besides just memorizing?

Yes, yes there is! We will be addressing this and other parent and teacher questions during the Math Cafe, and throughout the multiplication project. Meanwhile, head for the blog to check out the variety of posts that bridge multiplication and other human endeavors.

Marina Mersenne presents an advanced theater game, The Mirror Routine – easy enough for toddlers to learn, complex enough for professionals to use. Of course, symmetry is one of the major models of multiplication. 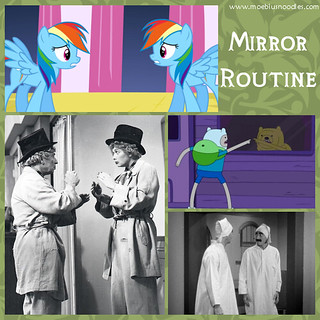 Malke Rosenfeld invites you to share memories of Beautiful Objects from your childhood, using a hands-on manipulative about group theory (hence multiplication!) as her example. Alexander Bogomolny, a mathematician and math educator of Cut-the-Knot fame, responds with a touching example:

Puddles, I was absolutely taken with the puddles. The surprising thing was that an object’s reflection moved when I moved while it was not mine but the object’s. 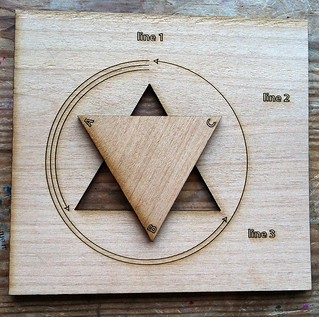 Yelena McManaman shares an invention of her son Mark (7), who found a way to model fractal stars with mirror books: a combination of two models of multiplication in one beautiful project. 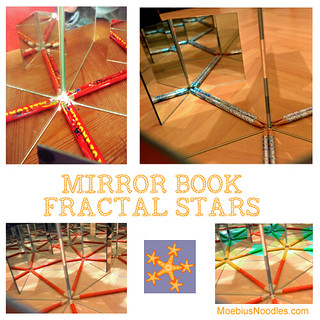 Mark Gonyea gave us an interview about his artistic 100-charts, with many cells built on arrays, fractals, symmetry and other multiplication patterns. 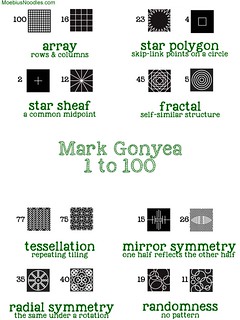 The Natural Math crew added new finds to our big history of the Multiplication Tower, a slightly mysterious 3D-modeling project that people have been independently reinventing since the 1970s. 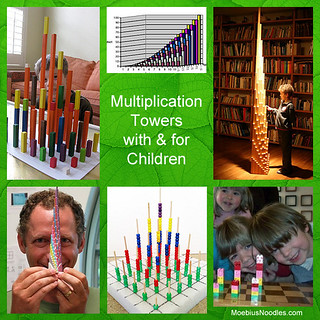 In response to examples made of wood, LEGO, beads and more, we got two fresh versions. The history continues to grow: after our story came out, Jenny’s son Viktor built his multiplication towers in Minecraft, and Sheryl Morris remixed the bead version in Montessori colors. 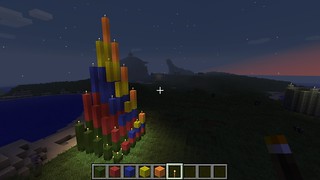 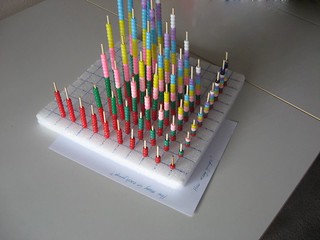 You are welcome to share the contents of this newsletter online or in print.

Talk to you in two weeks! Moby Snoodles, aka Dr. Maria Droujkova