How to Make Multiplication Tables with Perler Beads 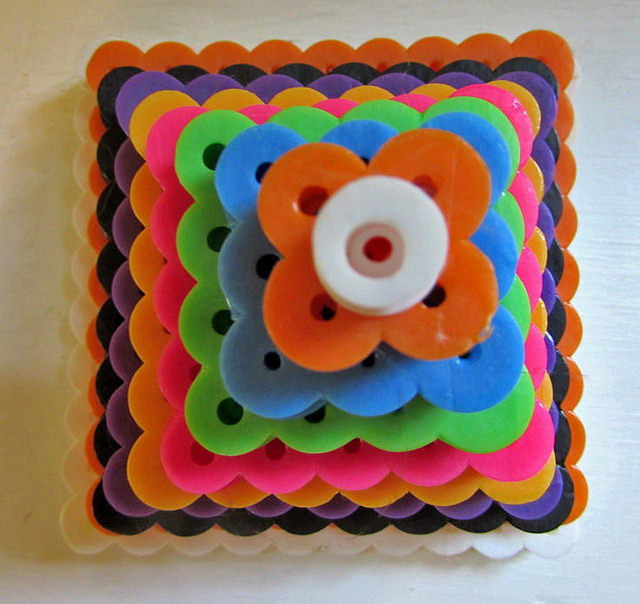 My child has been playing with Perler beads for a while now making all sorts of things, including a map of Minecraft. So when I suggested making a multiplication table, the kid was very interested. Except a) I didn’t have a clear idea of how to make multiplication tables out of multi-colored beads and b) my child didn’t know what multiplication was.

No worries, I figured we would both learn by doing. Pretty soon we figured out that we wanted to use the large beads, not the little ones, and that making the entire tables would be too boring and time-consuming. So we decided to concentrate our efforts on square numbers.

After we put the cornerstone 1×1=1 round bead in the top left corner, the kid asked why do we call these square numbers if 1 didn’t look like a square. “Let’s make some more and see what happens, shall we?” Sure thing, 2×2=4 looked like a square and so did 3×3=9. But would 7×7 be a square? How do you know? 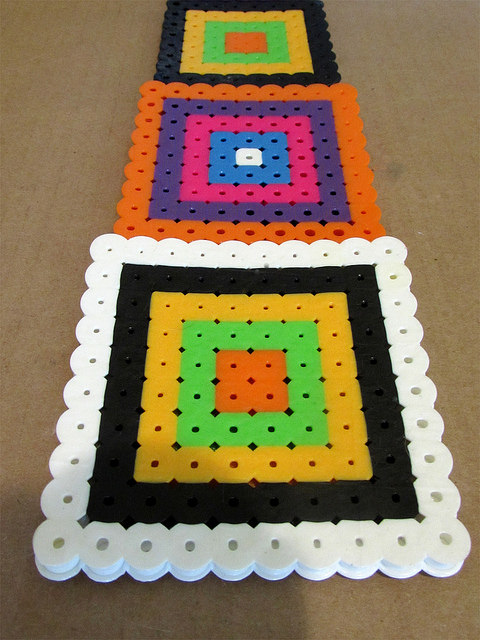 At first we made each square filled in with beads of the same color. So our 2×2 was all orange and 3×3 was all blue and 4×4 was all green and so on. It was pretty, but pretty boring. Then we started experimenting, taking out the inside beads so that only a square frame was left. So we decided to fill this frame with different colored beads. As we were discussing which colors to use for the 4×4 square, we noticed something:

2×2 square frame had no opening

What opening would a 5×5 frame have? Turns out:

Let’s see what other patterns we noticed. Even squares (4×4, 6×6, 8×8 and 10×10) had even openings in them. And odd ones had odd openings. Why? Hint: it had a lot to do with the beads themselves and with how we chose to nestle the frames.

Then it was time to fuse the beads together and then to admire them. I set them out on a diagonal, as they would be in a 10×10 multiplication grid. The kid made another discovery of his own:

“We can integrate a pyramid with the squares!” and “This is like a mandala for Minecraft!” 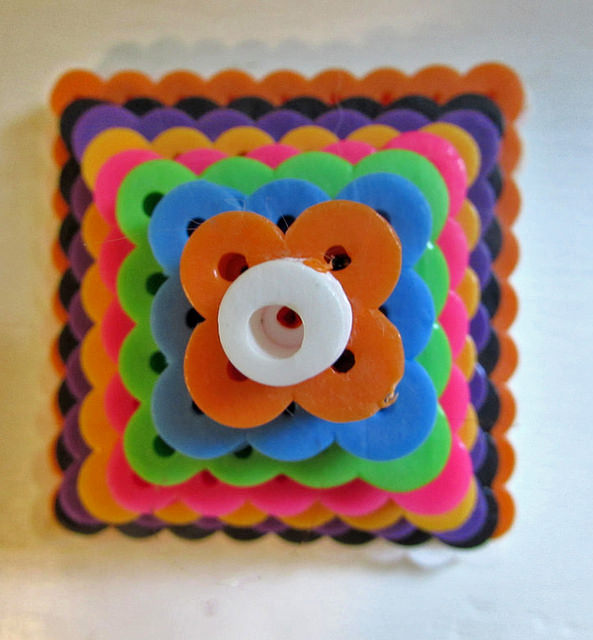 My child played a very active role in the process, from choosing colors to noticing patterns to coming up with the unexpected connections to other ideas, like fractals and integration. What was my job? First, I helped keep the patterns consistent, especially when we did the frames. Second, I shared what I knew – the multiplication grid, square numbers. Third, I documented the experience. Later, as we looked through the pictures and went through my notes, it gave us both a chance to reflect on the math we found.

Together, we had a great time exploring and discovering patterns. Perhaps we’ll try the rest of the tables another time. Do you see bridges to even more ideas we can explore?

10 comments on “How to Make Multiplication Tables with Perler Beads”