I am volunteering at elementary school recess, and was wondering if you can recommend some math games for outdoors – Anna Belaschenko, via the Moebius Noodles newsletter.

Here is a collection under the #StreetMath tag from our Facebook updates.

Use the old favorite to play with new sequences. How about counting in binary, or using Fibonacci? 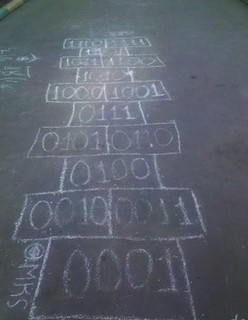 Invite kids to make up their own sequences and hopscotch patterns. 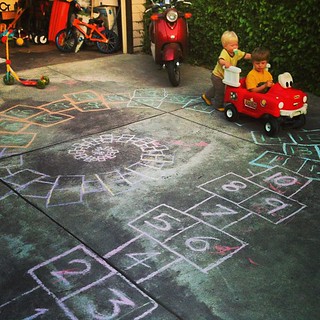 Make a bold statement that math owns the place! Draw large math diagrams, fractals, or Fibonacci spirals on walls. If you don’t want a permanent graffiti, prop up a particle board or cardboard next to the wall, or simply tape large paper to the wall. Even easier, you can draw sidewalk murals in chalk. 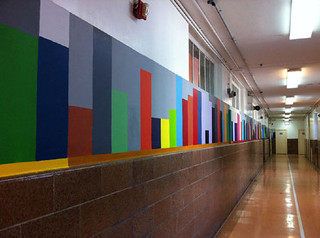 For the last four years, Green School math teacher Nathan Affield and I have teamed up to create murals that combine art and mathematics to empower students and connect them to their communities in Brooklyn, New York.  In 2011, Affield and I created a project where a math class surveyed the whole school on how they were feeling, what color that feeling represented, where that feeling fell on a scale between one and 10, and what time of day the data was recorded. The students then aggregated and color-coded the data to create a 150 histogram covering the back wall of the school. At first glance, the mural looks like an abstract, colorful cityscape. It is only when the mural is “read”, that the data can be understood. 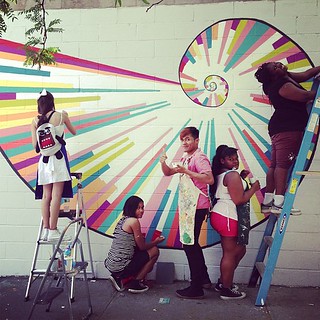 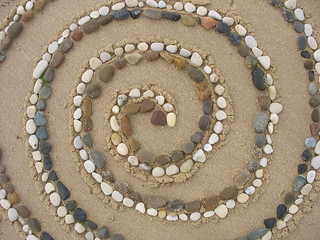 Children can draw their paths in chalk, mark them by hand or foot in sandboxes, or line up branches and pebbles. 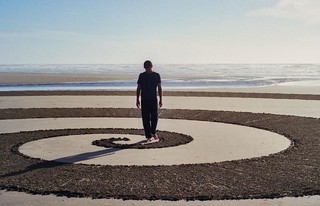 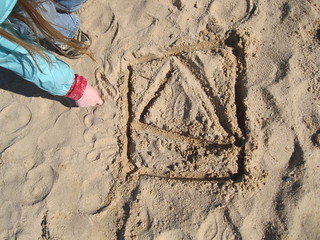 The paths can be large enough for kids to walk, or small enough for pretend-play with toys. Gently introduce inspiring “math building codes,” such as fractal branching paths or classical labyrinths. 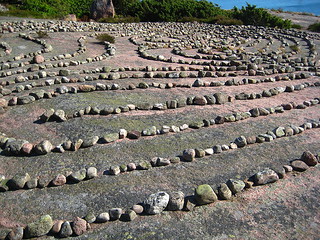 Pictures by Joseángel Murcia of Tocamales,  Mick Kelly and Wikipedia.

Pick a math concept and invite everyone to find it. Can you see multiplication in how tree branches grow, in rows of windows, or in kids’ own fingers ( hands times 5)? Alternatively, invite kids to find as many math ideas as they can in one object. 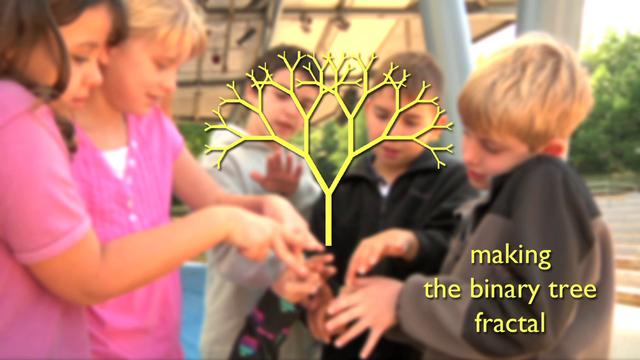 Beside multiplication, trees also have symmetry (in leaves), fractal-like branching, tessellations of cells or bark and so on. Invite kids to show the ideas they find with gestures or “human sculptures” for awesome photo-ops!

Architecture can be particularly mathy! 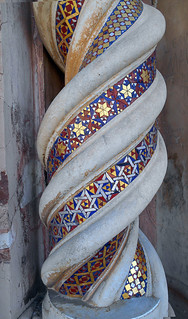 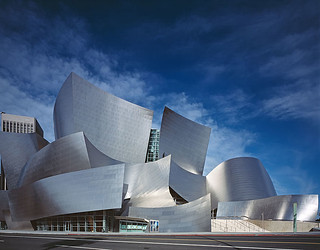 Pictures by Mathematical Association of America and Wikipedia. Video by Natural Math.

5. Play with yarn, fabric, and ropes 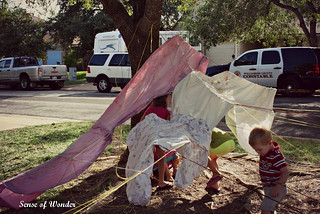 After kids explore freely for a while, you can introduce mathy inspirations, such as macrame patterns or formula-based string art. 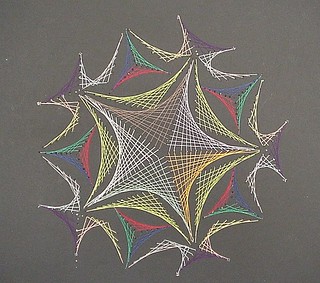 Check out pictures and videos of yarn bombing, a community movement to cheer up local spaces. 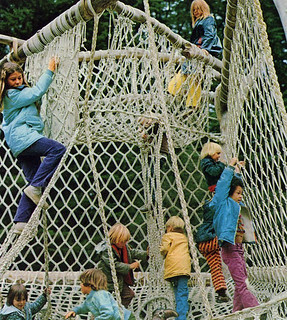 Pictures by Cathy of California, Sense of Wonder and Wikipedia.

Math feels different when you can climb it! Math is ten times cooler when it takes ten people to lift it! 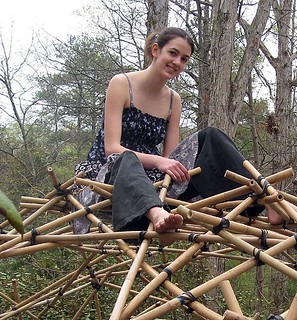 Learning through the whole body activates more areas of the brain. You can bring boards and large boxes, or use found objects such as tree branches. Paper works too. Kids can invent their own shapes, or build models of surfaces and polygons that are famous for their beauty. 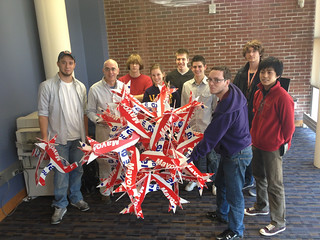 Pictures by Albion College and Vi Hart on Wikipedia.

1 Pings/Trackbacks for "6 BIG adventures in #StreetMath"